Whether you’ll be grilling up sausages for the 4th of July this weekend, or any other time this summer, there’s one thing you should always do before putting your sausages on the grill. It makes all the difference, and you’ll be rewarded with better sausages.

The coconut rice and curried corn in this recipe could very well be eaten separately, and they would make fine additions to lunch or dinner, but the combination of the two is truly special. I call for my homemade Jamaican curry powder, giving the corn a complex spicy, sweet, and slightly sour flavor profile.

Even if you don’t plan to make a whole 4th of July feast on your own, this is one of those dishes that always impresses when you show up at someone else’s cookout.

There are certain foods that just scream “summer,” and watermelon is definitely one of them. From its bright-colored flesh to it sweet, refreshing taste, this fruit is a summer essential.

While there’s not one right way to cut a watermelon, there are certain ways that are faster and less messy. Here’s my favorite. It’s the time of year when farmers market stands are bursting with gorgeous berries and their sweet smells fill the air. Don’t resist. Go ahead grab a pint of each! If you can keep yourself from eating them all before you get home, make yourself a pitcher of this sangria — the first in a series this month of sangrias inspired by the farmers market.

As I’ve already admitted, I’m a boring preggo. No crazy dreams, sobbing at diaper commercials, middle of the night ice cream binges, pickle benders, sheesh, about the only thing I’ve ever gotten downright stereotypical about — eh, aside from months of frenetic nesting as evidenced by a gardening frenzy, walls! freezer stash and perhaps a few hasty furniture purchases — was when my husband came home from the store without the requested watermelon. How could he! Watermelon is edible air conditioning. It might be the only reason I’ve survived the summer thus far. It was a rough 22 minutes until he got back from the store (a whole block away) with more. 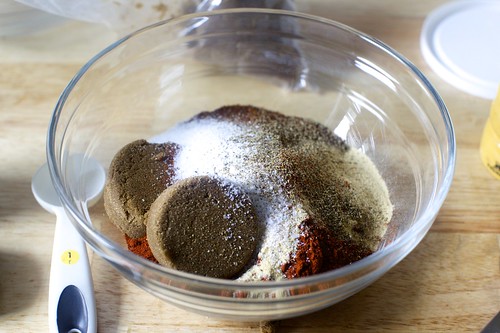 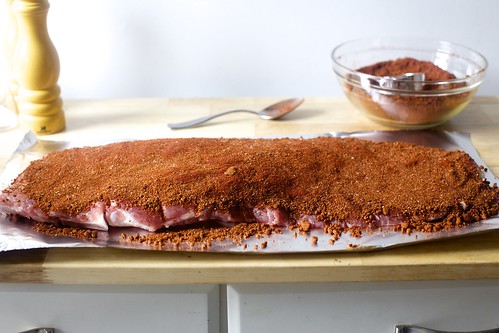 And so when a few weeks ago I began inexplicably craving barbecued ribs, I was ridiculously excited to have my first real, actual food urgency. “The baby wants ribs!” I texted a handful of meat-eating friends on a Friday afternoon, knowing that everyone likely had weekend plans and wouldn’t be able to make it, and thus fully underestimating the power of barbecue, like some sort of noob. Nope, not a single person was unavailable after reading the text, as will happen because: ribs. And so on Saturday morning, I sent my son on his two-wheeler down to Pino’s and told him not to come back with anything less than 3 racks (just kidding — I sent his dad along to assist) and got started on what is seriously the easiest and most popular summer party you can have — no grill required. 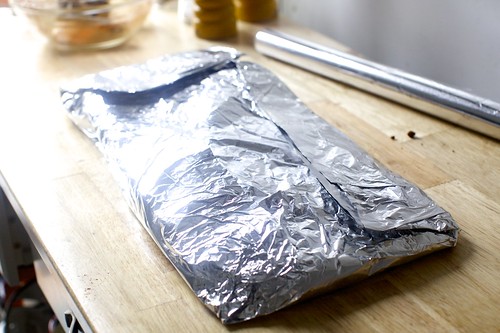 … Read the rest of oven ribs, even better on smittenkitchen.com

I’ll always love a good potluck. They were a summertime ritual during my childhood, and such a great example of the way people come together around food. Potlucks don’t have to be fancy, and in fact, it’s better when they aren’t. Just a good spread with a diverse array of dishes, where you get a little taste of just about everything.

From appetizers and salads to sides and desserts, here are 20 generously-sized recipes perfect for feeding a crowd at any backyard potluck this summer.