Handling raw meat isn’t really anyone’s favorite food-prep task. And if the juices leak, spill, or splash, you’ve got a tricky cleanup job on your hands, lest you risk serious food poisoning.

If your microwave is starting to go (or you never had one to begin with), you may find yourself unsure of where to start. Fun fact: Shopping for a microwave oven can be just as complicated as shopping for an actual oven. (At least microwaves are a lot cheaper!) Study up on these seven pointers and your head won’t explode when you start your search.

Related: 5 Signs You Need to Replace Your Microwave

You can’t talk about breakfast in Cuba without talking about coffee, a truth that still holds strong when you talk about breakfast in Miami. Be it cafecito or café con leche or any of the coffee drinks that fall in between, coffee is an important part of the morning meal, with café con leche, a drink of sweetened espresso and lots of steamed milk, being the most popular choice as the first drink of the day. With its milky sweetness, café con leche can even feel like dessert, so why not take it all the way there, turning the drink into an ice pop for a cooler take on your morning buzz?

Never has it tasted to good to be straddled between winter and spring until now. Fresh stalks of asparagus mingle with a healthy dose of lemon and thyme to hint at spring’s arrival, while this vegetarian supper is anchored with a favorite winter staple.

The coffee maker is the sun around which your kitchen orbits: The day waxes as the first cups brew in the morning, and wanes as the last pot of decaf is prepared.

That’s why buying a new machine can be a really big decision and feel like the whole house’s happiness rests in the balance. Here are some things to know before you do it.

Would this be a good place to admit that I only moderately enjoy sandwiches? I know, what kind of monster says such things! But, wait, come back. What I mean is, it’s the proportions: too much bread, too little filling. The obvious solution would be Dagwoods or sandwiches from one of those Jewish delis that are taller than your glass of Cel-Ray, but what if you didn’t want to have to unhinge your jaw just to take a bite? 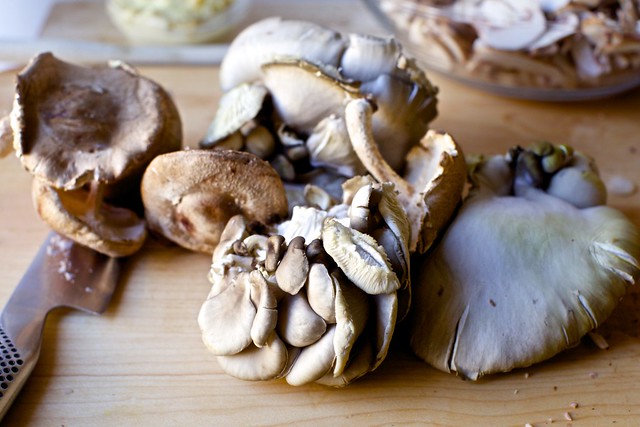 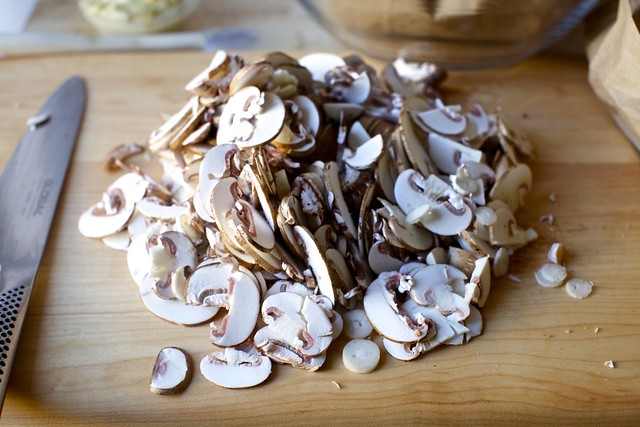 My solution, as ever, is to serve them open-faced, piled high and with ideal proportions. If we were in Paris — and oh, I wish I were — we’d call them tartines. My brain is clearly already there because I modeled this “toast” on a croque monsieur (which I just learned, to my delight, translates as “gentleman crunch”), those cheese-coated, pan-fried ham and cheese sandwiches with frico for miles. I’m partial to the forestier-style croque at Buvette, where mushrooms take the place of ham and there’s a thick, Dijon-rich bechamel underneath (where a cold sandwich might enlist mayo or aioli). My open-faced version uses a whole-grain sourdough bread as a foundation and so much cheese on top that it spills down onto the baking sheet and lifts off in crispy flakes. I honestly don’t know why we’d ever want to eat anything else.

END_OF_DOCUMENT_TOKEN_TO_BE_REPLACED

If you tend to open your kitchen cabinets with a sense of trepidation because you’re never sure what’s going to fall out on your head or feet, it’s time for an intervention.

Don’t feel too bad: Kitchen cabinets can quickly turn into a messy black hole — a place where things go in and never seem to come out, unless they’re avalanching. What can you do? Invest in some cabinet organizers. We’ve rounded up 10 of them that will make your kitchen (and your life) run more smoothly.

Have you ever been subjected to “filler fruit” in a fruit salad? This wasn’t even a term I was aware of until a friend who served a truly gorgeous fruit salad at a brunch a while ago used the term to note the absence of melon and banana.

Now, I know some people like these fruits in their salad, but I’m going to go out on a limb here and say, for the most part, that bananas and cantaloupe are the least desirable additions to the whole of it. So now, when I come back to this minimalist fruit salad of papaya and mango tossed in a honey-lime dressing with a hint of mint, I know it’s better for being super simple with not a filler fruit in sight.

It’s a very particular kind of morning we’re talking about when we say this is the Cuban sandwich you want for breakfast — specifically the kind that starts closer to noon than it does to nine, and one where the night before might’ve included lots of dancing. That, or those mornings when you wake up ravenous and ready for something truly hearty to eat.

The Cuban medianoche is a close sibling to the more famous cubano. With an identical filling — Swiss cheese, pork, ham, pickles, and sharp yellow mustard — the one distinguishing element here is the bread. Often called pan medianoche or pan sauve, this bread is smaller, richer, eggier, and usually sweeter than the crusty, baguette-like bread used for cubanos. I think it makes for an all-around tastier sandwich, but then I really don’t care for bread that scratches up the roof of your mouth with every bite.

With its origins in Havana and a legacy solidified by the numerous shops, stores, and restaurants that offer it day, noon, and night throughout Cuban communities in the States, the medianoche is really the sandwich to sink your teeth into when you want to do breakfast Cuban-style.