It isn’t even Halloween yet and some people are already talking about Black Friday. We get it: It’s exciting to know a deal is in your future (especially if it means that holiday shopping can be easier). So we weren’t surprised to wake up on Sunday morning and learn that Costco’s Black Friday circular had already made its way into the hands of the public.

While there’s a decent markdown on laptops and other home electronics, what we really care about are the kitchen-related sales. Here are the bargains we’re most excited about.

As always, Costco will be closed on Thanksgiving Day and will open at 9 a.m. on Black Friday. Some of these deals start before Thanksgiving, though.

Restaurant kitchens and home kitchens are both designed for the work of putting food on a plate — but resemblances end there. Restaurant kitchens bristle with the industrial and the oversized: bowls you could bathe a toddler in, medieval vats of hot oil, flat-top griddles with the square footage of a very nice Manhattan kitchen.

Pro chefs cook on a larger scale, with tools that don’t always translate to home cooking, especially for a beginner cook who just needs to know the difference between sauté and braise.

But there is one extremely chef-y show-off tool that I deeply believe every cook, of every ability level, should own — and you’re gonna love it!

A big casserole dish filled with baked pasta is not only the easiest and most affordable way to feed a crowd, but it’s also the most well-received. Everyone can get behind a dinner of extra-cheesy, decadent pasta on their plate — especially if they’re luckily enough to snag a scoop with some of those crispy edges.

Pasta bakes are quick to assemble and can usually be prepared or frozen ahead of time, so it’s just a matter sticking one in the oven when you’re expecting a crowd at your door, which happens a lot this time of year. Whether you love a classic baked ziti or are looking to take your lasagna to the next level with the help of butternut squash and sausage, here are 16 pasta bakes to win over your group of hungry friends and family.

While there are many recipes that use a full can of pumpkin purée, there are many others that don’t. Finding a good use for leftovers can sometimes prove challenging. Whether you find yourself with a one tablespoon or one cup of leftover pumpkin purée, here are 10 smart (and delicious!) ways to use it up.

This week’s meal plan goal? Use up as many pantry staples as possible in order to save money and make room for holiday baking staples. While I try to incorporate at least one pantry meal each week and have one budget week each month in order to avoid waste, I still find that my pantry is overflowing with rice, lentils, canned tomatoes, and the like. I can’t even fit anything new in my freezer of our beef share and frozen vegetables.

So here’s a week of freezer- and pantry-friendly dinners to save money and avoid waste.

What’s in a cooking repertoire? Is it basics, like how to make rice and a go-to method for roasting chicken? Is it your family’s classics, like a plum cake or the roast a cousin makes on Christmas Eve? Is it a collection of durable, flexible recipes that might be the last you ever need? I’ve been thinking about this since getting Jessica Battiliana’s first cookbook, Repertoire, this spring. I loved the concept immediately: the recipes she relies on most — not demanding but rewarding; not fancy, but special. There are recipes for parmesan chicken cutlets, meatballs, and a simplified eggplant parmesan; chicken tortilla soup, pretzel rolls, and corn fritters. There’s a recipe for the thing that most quickly went into my repertoire — a negroni (although I made it boulevardier-style) and potato chips (spoiler: they’re from a bag) — and birthday cakes too. But it was this candy pork that I couldn’t forget about, and I’m so glad I chose it, well, second. 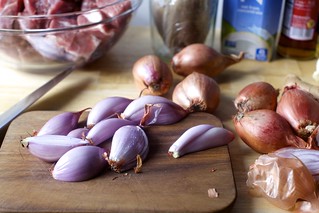 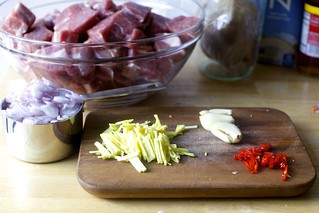 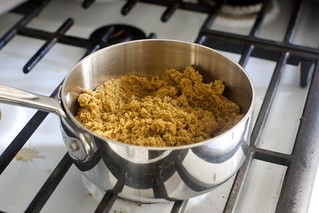 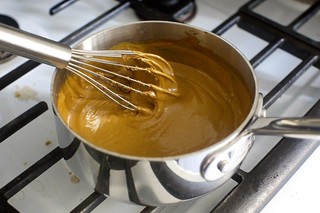 [I wondered what my cooking repertoire would look like but realized with 1200 recipes in the archives and 105 in each of my cookbooks, it’s probably a little late for that, as I could never choose, although I did my best here.]

Battilana is a food columnist for the San Francisco Chronicle but also works on cookbooks, such as the incredible Vietnamese Home Cooking book (we made the pho here) from Charles Phan. From Phan, she learned about Vietnamese-style caramel sauces laced with Thai chilies, ginger, garlic, and shallots. At his restaurant, The Slanted Door, it’s applied to clay-pot chicken but in Repertoire it’s used to braise chunks of pork shoulder and it’s one of the best things I’ve made this year. [Her kids call it candy pork because kids know: nobody can resist candy.]

END_OF_DOCUMENT_TOKEN_TO_BE_REPLACED

If the cooler weather and changing leaves were not enough to convince us that fall is in full swing, a quick glance at our favorite food blogs will do the trick. We’ve noticed an uptick in cozy, comforting recipes featuring fall favorites like pumpkin, Brussels sprouts, apple, squash, and sweet potato.

Here are 10 perfectly autumnal recipes from some of our favorite bloggers to get you in the seasonal spirit.

Ina Garten and Taylor Swift have a few things in common. The pair has been good friends, ever since they cooked together for a now iconic spread in Food Network Magazine. They both churn out mega-hits (cookbooks and albums), have huge fan bases, are both (fairly) universally beloved, and until very recently, were both pretty mum on the topic of politics.

Just last week Ina told HuffPo: “I don’t talk about politics. I don’t know if people know what my political beliefs are or not, but I just think it’s kind of like people’s diets: You worry about your diet and I’ll worry about mine.”

However Taylor Swift has notably taken to Instagram in the past few weeks to encourage her fans to register to vote, even going as far as to endorse specific Democratic candidates.

So here’s one conspiracy theory I’m happy to spread like wildfire: Swift’s recent calls to action regarding the upcoming midterm elections (on November 6th!!!) have inspired her pal Ina to at long last throw her potholder into the political ring.

LOOK WHAT YOU MADE HER DO, TAYLOR.

Well, friends, there are just two months left in the year, so it’s time to start thinking about 2019 — namely, what we will be eating. In the past few years, everything from turmeric to vegan ice cream have found their way into grocery stores and coffee shops. So what new foods can you expect to find during your culinary adventures next year? Kroger has seen into the future, and it contains a lot of barbecue sauce and dairy-free milk (though not together, of course).

For a limited time, Anthropologie is offering a further 25 percent off sale items. The sale also just happens to include lots of pieces perfect for entertaining, making now a great time to stock up before the holidays. Items are moving fast in this sale (some of our other picks sold out while we were writing this!) so don’t delay if you’ve got your heart set on anything. You can also view all home sale pieces here.