The ultimate sauce to wake up tired boneless, skinless chicken breasts is also the easiest to make.
READ MORE…

It made cooking faster, more efficient, and, most importantly, more fun!
READ MORE…

Last Friday, this video of a man, sitting alone, wearing a hunting bib, while eating pasta went viral. With a fork in one hand, and scissors in the other hand, he stabs his plate of pasta, picks up his fork, and then cuts the pasta with scissors in order to get the perfect bite. READ MORE…

If you’re going to try just one recipe from this list, make it Instant Pot cheesecake.
READ MORE…

There’s really no wrong time for a slice.
READ MORE…

Good morning and apologies in advance, as I’m again one of those loathsome (that if, if you were shivering somewhere) people who just returned from the beach, where we went on vacation last week because our kids were off from school and we didn’t see why they should have all the fun. Around me were turquoise waves, glittering with sunlight, lapping gently at the silky white-sanded shore and there were no children having tantrums or whining because this was a magical place — and at some of those things are true. However, as will always happen on vacation, while we had some enviable tacos and aguachiles, I was only a few days in when I started to fiercely miss home-cooked food, most especially this salad I’d made the week before. 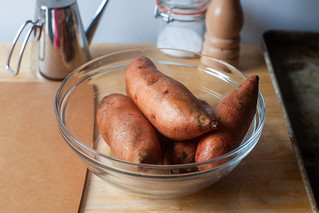 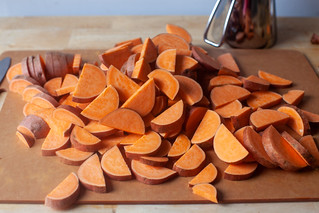 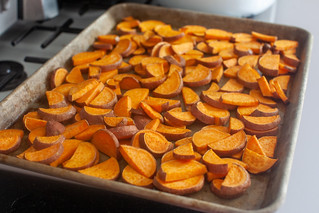 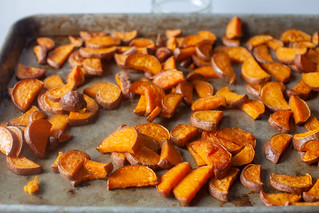 Listen, sometimes I challenge myself to run distances further than I wish to (that would be: any), sometimes I challenge myself to go to bed at a decent hour for a week and see if it makes me a nicer person (shockingly, yes) and sometimes I challenge myself to do things like this, which is to take something I’m pretty sure I don’t like — sweet potato salads — and create one that I would. Creamy dressings and/or any parallels to summer cookout potato salads were rejected. So were cubes. I wanted it warm or room temperature and I liked the idea of using some Southwestern-ish flavors but not to the point that it basically tasted like these sweet potato tacos in salad form. And I wanted crunch, interest, and acidity, without having a bunch of extra hurdles to get them. The results surprised me. I’d expected, at most, to make it once or twice to iron the kinks out of the recipe; I thought the kids might like it, but I hadn’t expected to be sitting by the beach in Mexico kinda wishing someone would bring me some a full week later.